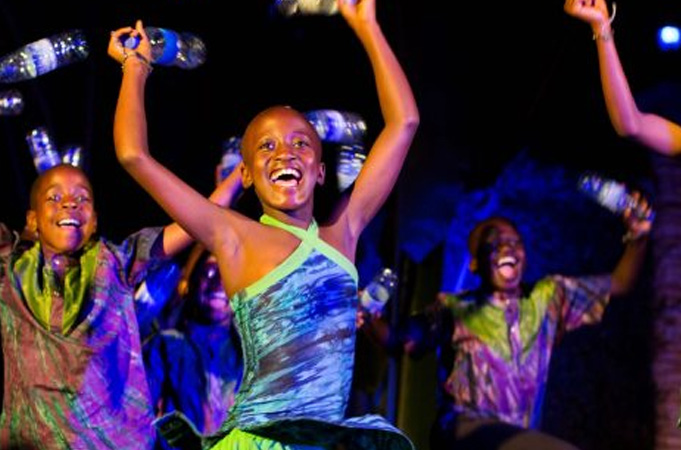 Thirty years ago, Ray Barnett was on a humanitarian trip to war-torn Uganda when he gave a small boy a ride from his decimated home to the safety of another village. During the journey, the child did what he knew how to do best – he sang. That simple song of dignity and hope became the catalyst for a program that has changed the lives of thousands of children and reshaped the future of the African continent.

“When I went back to Canada and people were not very interested in Uganda, I remembered this small boy,” Ray explained. “I knew that if only a group of these beautiful children could go to the West, people would be deeply moved and would certainly want to help.” From there the African Children’s Choir was born. 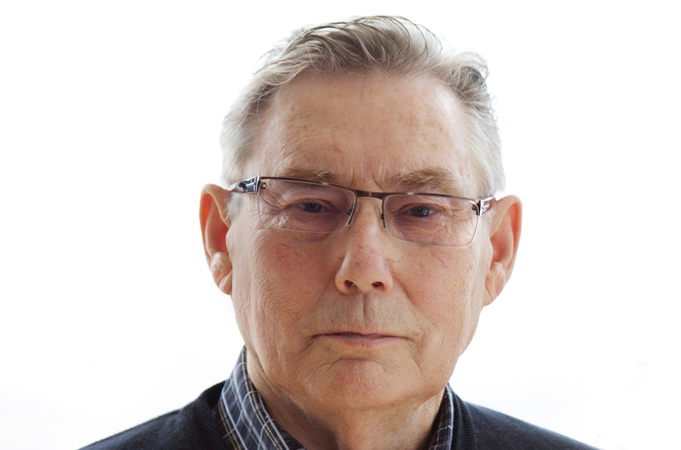 As a young boy struggling to find his way through the immense poverty, secrecy and war-time suffering that gripped his life in Northern Ireland, Ray Barnett dreamed of a life of adventure and travel like that of his hero: famed missionary-explorer David Livingstone.

As an adult, he has lived that life—leading a human-rights based ministry that has brought hope, healing and humanitarian aid to hundreds of thousands of people across the globe. 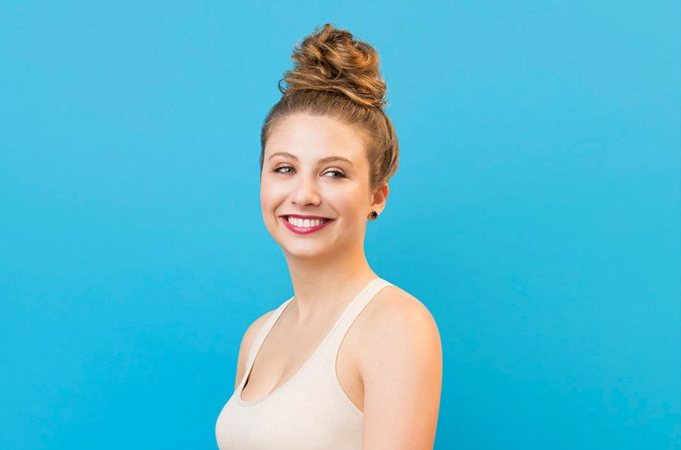 True to its title concept, 'Summer Song' – penned by Rebecca and produced by veteran jazz/R&B artist/producer Jason Miles – is lighthearted and breezy in tone but still inspiring and uplifting. The track, which features guitarist Jonah Prendergast and saxophonist Gottfried Stoger, finds the 23-year-old in a unique introspective mode, reflecting on the ways she sees the world differently now that she’s an adult. “When I was just a girl, the world seemed so large and tall, but I never knew something bigger... What I’d tell that younger girl/Living in a younger world/Shake it off and live each day your way.” At one point, after the first expression of the dreamy wordless vocal hook, speaking to both her younger self and women of her generation, she sings, “You are stronger than you know.” 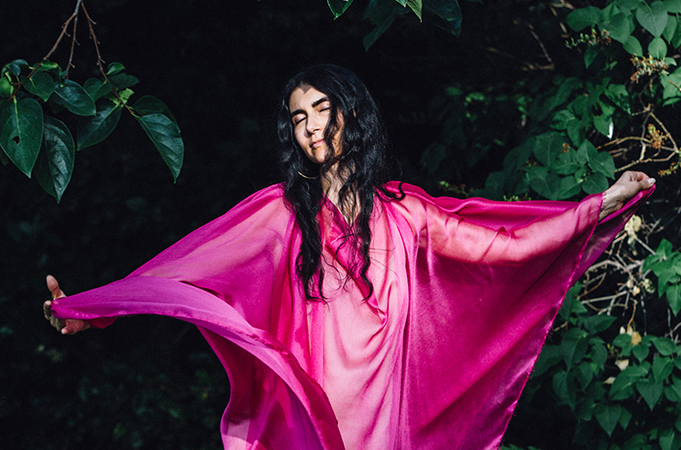 Some artists have a presence that is both a siren and soothing, an ear that can hear the
resonances that bridge continents and souls. Simrit is one of those artists. Some have called her epic and cinematic, grounded in groove yet transcendently mystical vibe
the musical equivalent of the edgy, enigmatic style of directors David Lynch and Quentin
Tarantino. Grammy nominated Indian devotional singer Snatam Kaur says, “For Simrit, singing is not a performance, it is sacred worship of the Divine.” Steven Tyler and Belinda Carlisle among her friends and devotees. With a deeply emotional, spiritually intuitive and richly textured synthesis of sounds that take you to an otherworldly place, Simrit and her band over the last
several years have created a flow of empowering energy, packing theatres and concert halls around the world, recording chart-topping albums and inspiring fans to listen, be transformed and fuel a palpable musical movement. 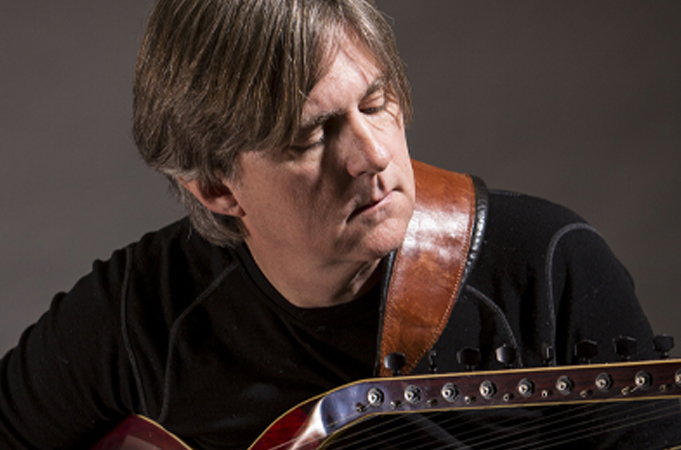 "I come from a family of inventors," says composer/guitarist/educator Todd Ferris Mosby. "It ties into the whole Daniel Boone ideal of forging ahead, march to your own drum, having no preconceived ideas.”

The Daniel Boone reference above may give some insight into the guitarist's early predilection for the bluegrass revival movement of the '70s where he fell in love with music from Doc Watson, Vasser Clemens, Bill Monroe, The Flying Burrito Bros, and Earl Scruggs. He also developed a taste for leading folk artists, such as James Taylor and Joni Mitchell. With that as a springboard, he eventually expanded his palette to fusion, jazz and sophisticated pop music.

In the summer of 1984, the world-renowned musician, Prince, released his iconic ‘Purple Rain’ album that would go on to receive multiple awards during his lifetime and beyond. One of the album’s signature songs, ‘When Doves Cry’, earned the American Music Award for Favorite Song – Soul/R&B in 1985. Grammy-award winning pianist/composer/Starr Parodi and former Temptations lead singer Louis Price were moved by current events to re-imagine this preeminent song.

Described as “dazzling” by the New York Times, Makana is an internationally acclaimed guitarist, singer, composer and activist who is widely known for lending his musical talent for social change. He has been a TEDx talk presenter, and his guitar playing has been featured on three Grammy-nominated albums, including the soundtrack of the Academy-Award winning film “The Descendants”. In 2011, at the apex of the “Occupy Wall Street” movement, Makana’s song “We Are The Many” went viral on YouTube garnering more than half a million collective views and was coined the “Occupy Anthem” by Rolling Stone Magazine. His performance of the song at an APEC World Leaders’ Dinner hosted by the Obamas also went viral and became the #1 news story on Yahoo worldwide for two days, garnering appearances on CNN, BBC, ABC, Democracy Now!, Sean Hannity and other major news outlets. Makana’s captivating and wide-ranging performance style has led him to share the stage with Jason Mraz and Jack Johnson, open for music legends Sting, Carlos Santana and Elvis Costello, and perform in venues ranging from Asian and European opera houses to The White House. He has released 8 records to date and most recently a music video anthem, “Fire is Ours”, for Presidential candidate Bernie Sanders.

When David Lanz recorded Cristofori’s Dream in 1988, he had a gut feeling that his newest album might be received by his growing legion of fans as his most realized work to date. Although the pianist and composer had released several albums previously, this one just felt special.

Lanz was right: Music lovers all over the world readily embraced Cristofori’s Dream—in fact, it became a sensation, topping Billboard magazine’s first Adult Alternative/New Age chart and remaining there for a remarkable 27 weeks, ultimately becoming a bona fide cornerstone of its genre.

Shenandoah and The Night